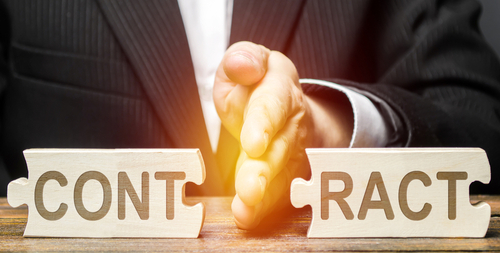 In this second instalment of our series of COVID-19 contract termination articles, we explore the Doctrine of Frustration and how a business may be able to terminate a contract.

The effects of the COVID-19 pandemic and the first Government interventions to control the spread of the pandemic were expected to be a short and swift shutdown of businesses across Australia.  However, it’s now become clear from recent Government interventions, such as the closure of Queensland’s border and extension of the declaration of a State of Emergency in Victoria, that the effects of COVID-19 may no longer be temporary, and businesses may become unable to perform their contractual obligations.

What is the Doctrine of Frustration?

Unlike force majeure, frustration is a concept recognised by Common Law, is difficult to establish, and has a narrow scope.  Frustration operates to bring a contract to an end in circumstances where, without default of either business, a contractual obligation has become incapable of being performed because the circumstances in which performance is called for would render the contract radically different from that which was intended .

Is COVID-19 a Frustrating Event?

Whether the Doctrine of Frustration will apply to COVID-19 or Government intervention will depend on the contract between both businesses, and the effect COVID-19 or Government intervention has had on the ability of those businesses to perform their obligations.  Each business needs to consider whether the situation in which performance of the contract was originally contemplated has been rendered radically different.  Each business will need to demonstrate more than disappointed expectations, hardship or inconvenience, or reduced profitability.

What are Frustrating Events?

There is no fixed list of frustrating events, and therefore the options are non-exhaustive.  Rather, it is necessary to consider the factual circumstances within the terms of the contract, and determine whether performance has become radically different from that which was undertaken by the contract.  Similar to a force majeure event, a frustrating event requires a causative link between the supervening event, and the radical difference or impossibility of performance as undertaken by the contract.  Once the causative link occurs, the Doctrine automatically terminates the contract.

The Courts have regularly concluded the following events have frustrated contracts:

Courts have also found the following events do not frustrate contracts:

What is the effect of frustration of a contract?

The ordinary consequence of a business successfully relying on the Doctrine of Frustration is that the agreement is automatically terminated by operation of law upon the occurrence of the frustrating event.

Because of this outcome, Courts will generally attempt to uphold the contractual obligations of a business, rather than risk undermining the entire foundation of a contract.  The reason for this is that a business entering into a contract is assumed to have already considered the risk taken by that business under the contract, and Courts do not wish to provide an easy avenue for a business to get out of a contract, just because events play out differently than envisaged.

A business should carefully consider the effect of claiming that a contract has been frustrated.  This is because, if a business takes the view that a frustrating event has occurred and it is later determined to be incorrect, the mistaken business may have repudiated the contract.

A business should also consider the impact of asserting that a contract has been frustrated, particularly if the contract is a long term contract on terms advantageous to the business asserting the frustration, or if the other contracting business is a particularly important commercial partner.

What you should do now

Please contact us if you wish to discuss the impacts on your business.